Mercy Hospital and its parent company Centura Health have communicated little with the Durango public during the pandemic. Mercy declined to specify the number of beds or the number of unvaccinated staff, while offering a confusing picture of what is happening within the walls of the hospital. (Jerry McBride/Durango Herald file) 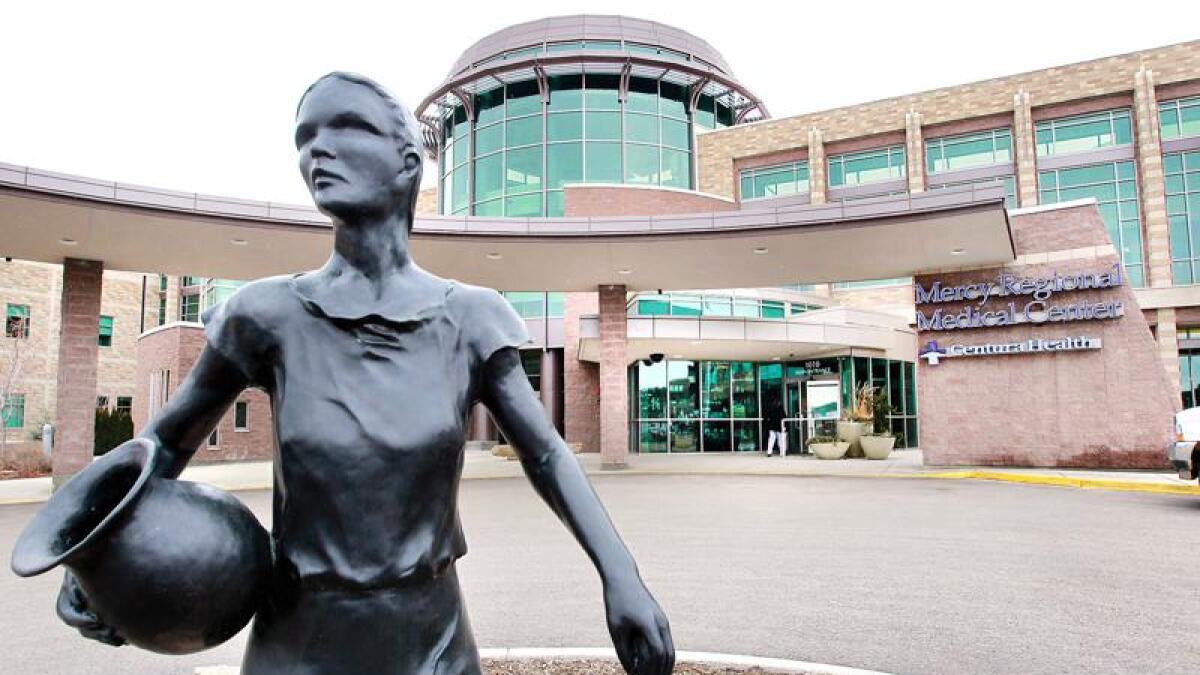 Throughout the pandemic, many hospitals have emphasized transparency and public information in an effort to help their communities.

“I have no reason not to tell the facts about how our hospital is doing,” said Dr. Rhonda Webb, CEO of Pagosa Springs Medical Center.

Webb said the hope has always been that by communicating with the community, the Pagosa Springs Medical Center can help people understand the severity of the pandemic and take precautions.

Mercy Hospital and its parent company Centura Health have their own approach.

Although much of the hospital’s COVID-19 data is sent to the Colorado Department of Public Health and Environment, Mercy withheld much of that information when communicating with the public.

When The Herald of Durango asked in November amid a new surge, Mercy declined to specify how many beds it had and declined to say how many of the 1,100 Centura employees at Mercy were unvaccinated.

According to an email from a CDPHE spokeswoman, the Staffing Shortage Fusion Center sent 25 contract medical personnel to Mercy.

Neither Centura nor Mercy returned phone calls Friday seeking comment on this story.

According to Gus Hallin, medical director of the intensive care unit at Mercy Hospital, the hospital was designed for a maximum of 10 intensive care beds and its ward has been overwhelmed with intensive care patients since July 2021.

Between 16 and 20 patients have been on life support at Mercy’s ICU at any given time, Hallin said.

In October, a group of 17 retired Mercy doctors and a dozen community members submitted an open letter to the Herald criticizing the hospital for high turnover rates among its staff.

After the letter was released, Mercy CEO Patrick Sharp acknowledged that high turnover rates and hiring issues were a problem, but argued that incoming providers were capable and the hospital was maintaining its standards of care.

Each hospital or hospital system has the discretion to manage its communication and information sharing with the public.

“It’s very specific to each organization,” said Cara Welch, spokeswoman for the Colorado Hospital Association. “The Colorado Hospital Association always encourages transparency as much as possible and we provide our hospitals across the state (with) graphics they can use and messages we recommend, but it always depends on an individual hospital. “

During the pandemic, direct communication between some hospitals and their communities has been lost, in part because much of the information is aggregated regionally or as a state, Welch said.

“We’ve seen through COVID that a lot of this (information), especially with respect to data reporting, is integrated into regional or statewide reports,” Welch said.

“I think there are instances where we communicate more regionally or even statewide than at each individual hospital, and that has been true in the COVID response,” she said. .

Although their data was incorporated into statewide numbers, Webb and Pagosa Springs Medical Center tried to keep the community informed about bed availability.

“We’re at 11 beds, but people need to understand that right now we only have five beds open because we don’t have enough nursing staff,” Webb said Friday.

The Pagosa Springs community has responded positively to the hospital’s efforts.

“Our community has been very supportive of us through all of this,” Webb said. “They fed us, they encouraged us. In most cases we get a lot of positive feedback on how we handled this. »

According to Hallin, local hospitals communicating clearly with the Durango community are essential as Colorado continues to battle the coronavirus.

“We need to keep the channel to the community as open as possible so they know what we’re trying to do,” he said.

“This is the most serious public health problem we’ve had in a century,” he said. “It’s important that people understand the facts on the ground and sometimes information on social media is extremely misleading. We need to understand how to use the resources we have wisely.

For Hallin, communicating with the public is as much about protecting critical care nurses, doctors and respiratory therapists as it is about keeping people informed.

Staff at Mercy Hospital already face challenges treating patients, he said, but they have also had to deal with skepticism and frustration from patients and their families.

Only by engaging with the community will people be remembered for all the work medical professionals do for them, Hallin said.

“Nurses and doctors have always served the community at Mercy,” he said. “That’s all we’ve ever been.”